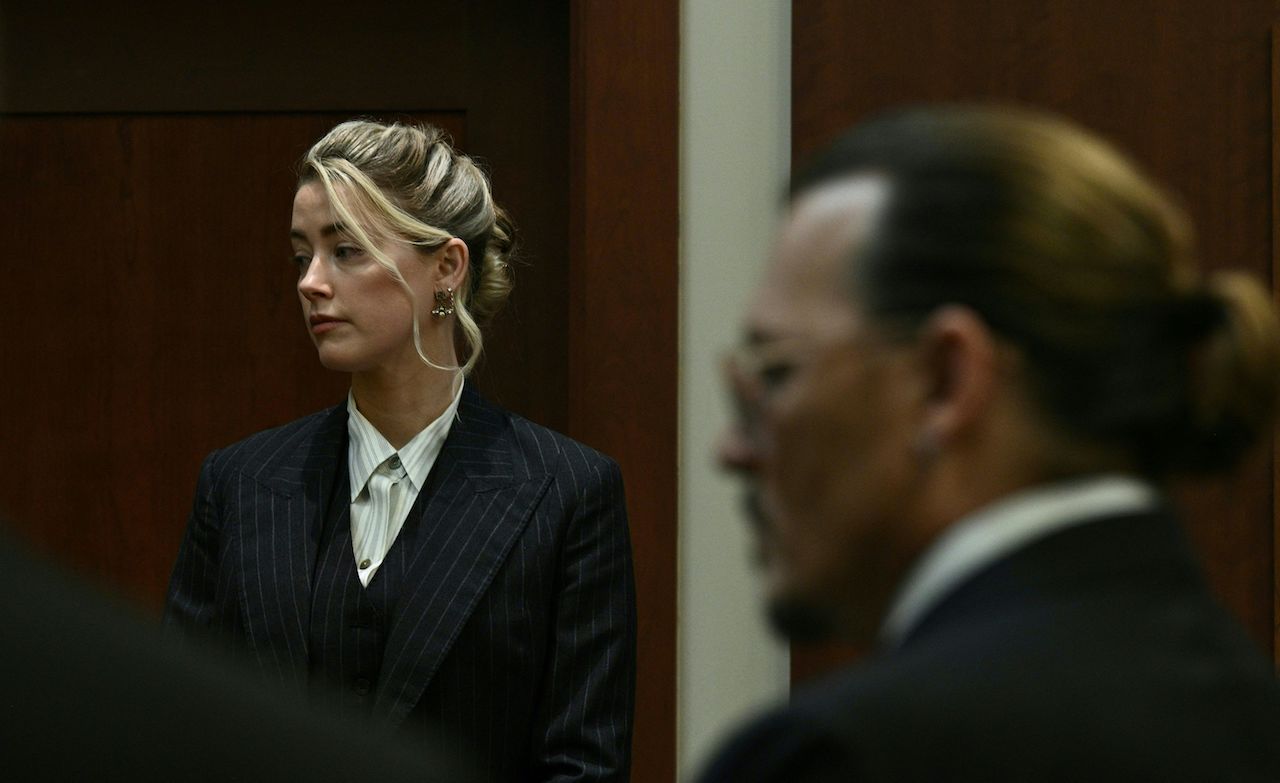 As Johnny Depp and Amber Heard released details of their brief but eruptive nuptials, it became public knowledge that she had yet to fulfill her pledge to the ACLU. Keep reading to find out why Heard said she was unable to donate as promised. Also, who was helping her make payments before she quit?

After Johnny Depp paid Amber Heard $7 million in divorce, she claimed she would give it all to charity

When Depp and Heard split in 2016, things quickly got out of hand in the press. First, reports that Heard filed for divorce, and Depp asked the judge to deny a monthly spousal support claim of $50,000. Then came news of the domestic violence restraining order and photos of Heard with what appeared to be a bruised face.

Soon the couple settled their divorce and a judge dismissed the domestic violence case against Depp. Heard’s temporary restraining order was also terminated, according to court documents obtained by PEOPLE.

The two reached a settlement in which Depp ultimately paid Heard $7 million, and they released a statement implying that they had made amends.

“Our relationship was intensely passionate and at times volatile, but always bound by love. Neither party made false accusations for financial gain,” they said. “There was never any intention harm physically or emotionally. Amber wishes the best for Johnny in the future. Amber will donate the financial proceeds of the divorce to charity.

Over the next few years, Depp sued The Sun in the UK for calling him a “wife beater” following allegations made by Heard. That judge ultimately ruled that the evidence showed Depp physically assaulted Heard numerous times and left her in deathly fear at least three times.

During the 2022 libel trial, Depp’s attorney confronted Heard about what happened to the $7 million divorce settlement she received. First, Heard said she used the words “donate” and “pledge” as synonyms to explain the confusion.

Then she adamantly maintained that she had donated, pledging the full amount as soon as she received it. But she finally confessed that she hadn’t yet presented $7 million to charity because Depp sued her.

Depp’s attorney pointed out that Heard had the divorce money for more than a year before Depp began his lawsuit against her. The total amount donated to the ACLU on Heard’s behalf so far appears to be $1.3 million of the $3.5 million pledged to that charity.

Amber Heard hasn’t donated to the ACLU since 2018, the year she and Elon Musk reportedly broke up for good

Heard likened his pledges to buying a house with a loan. Basically, she said a homeowner owns their house before they pay for it.

But court testimony by the ACLU revealed that the organization stopped receiving payments from Heard and reached out in 2019. At that time, Heard admitted she was having “financial difficulties” and could not meet its annual obligations.

Anyone who hasn’t made a payment on their mortgage in years would likely have no right to their home, whether or not they were sued. So another heated debate is whether Heard can still claim she made the full donation.

And on a related note, the ACLU believed that at least $500,000 of the money received in Heard’s name came from Elon Musk. That was before they split for good in early 2018.