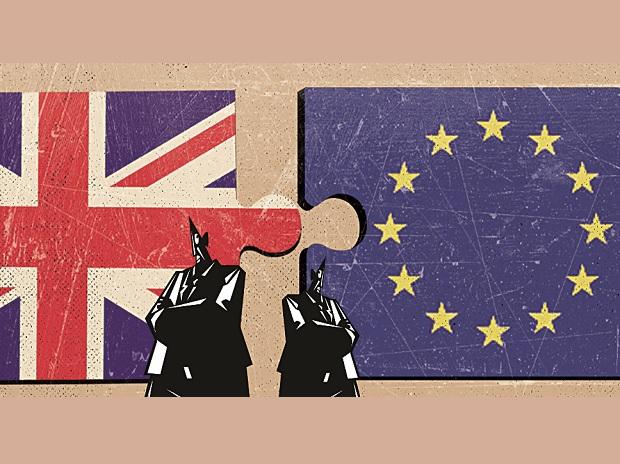 Britain will only pay its divorce bill with the EU if the bloc agrees on a framework for a future trade deal, the new Brexit secretary warned in an interview published on Saturday.

Dominic Raab, who replaced David Davis after stepping down earlier this month to protest the government’s Brexit strategy, said “some conditionality between the two” was needed.

He added that the Article 50 mechanism used to trigger Britain’s imminent exit from the European Union included new details on the deal.

“Article 50 requires, as we negotiate the Withdrawal Agreement, that there is a future framework for our new relationship in the future, so the two are linked,” Raab told the Sunday Telegraph.

â€œYou can’t have one side that respects its end of the bargain and the other doesn’t, or slows down, or doesn’t engage on its side.

“So I think we have to make sure there is some conditionality between the two.” The UK government has sent mixed signals so far on the divorce bill.

But cabinet members have since cast doubt on the position.

Finance Minister Philip Hammond said shortly after that he found it “inconceivable” that Britain would not pay its bill, which he described as “an unreliable scenario”.

The country is expected to leave the bloc on March 30, but both sides want to reach a divorce deal by the end of October in order to give parliament enough time to approve a deal.

But Barnier noted that the priority in the talks should be finalizing the original divorce deal.

A tough UK government stance on financial regulation could complicate progress, with Raab insisting on the link to the bill and a future deal.

“This must certainly be part of the arrangements we have at international level with our partners in the EU,” he told The Telegraph.

“We must clarify that the two are related.” The May plans officially unveiled in early July contemplate a customs partnership for goods and a common settlement with the EU.

He has come under heavy criticism in Britain, especially within his own cabinet and the Conservative Party.

A new YouGov poll released by the Sunday Times showed that only 12% of people supported the proposals as “good” for Britain while 43% thought they were “bad”.

Business Standard has always strived to provide up-to-date information and commentary on developments that matter to you and have broader political and economic implications for the country and the world. Your encouragement and constant feedback on how to improve our offering has only strengthened our resolve and commitment to these ideals. Even in these difficult times resulting from Covid-19, we remain committed to keeping you informed and updated with credible news, authoritative views and cutting edge commentary on relevant current issues.
However, we have a demand.

As we fight the economic impact of the pandemic, we need your support even more so that we can continue to provide you with more quality content. Our subscription model has received an encouraging response from many of you who have subscribed to our online content. More subscriptions to our online content can only help us achieve the goals of providing you with even better and more relevant content. We believe in free, fair and credible journalism. Your support through more subscriptions can help us practice the journalism to which we are committed.